The Wroclaw Gate and Defensive Walls

In the Oleśnica’slocation act dated at 1255 it was recommended that the borough should be surrounded by a rampart. The rampart had wooden construction which was covered with earth. After Conrad I took power, next to the existed rampart, the new brick defensive walls wereinitiated. The walls were 7-8meters high and wereequipped with battlements and combat decks. The development of the defensive walls gave the beginning for the four gate’s towers (Wroclaw’s one, Trzebnica’s one, Syców’s one and Namysłów’s one).

The defensive walls had beenbuilt for a few decades. The walls with the moats wide for 7-15 meters were combined with the castle’s fortifications. When the two churches, The Church of Corpus Christi (later The Church of Blessed Virgin Mary) and The Church of St. George were included in the city area in 1400, additional walls with new gate tower called later the Mariacka Gate werebuilt.

Together with the development of the artillery armament the gates and walls were adjusted to the new conditions. Around 1532 second circle of fortifications, called a hoarding wall was started. It protected the walls from the artillery fire and simultaneously allowed for the cannons to be placed in the zwinger. It is not clear why the construction of the hoarding wall was not carried forward and only a short section of it was built near the Wroclaw Gate. 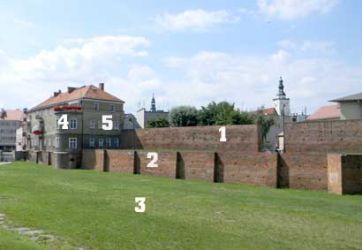 The Wroclaw Gate and DefensiveWalls 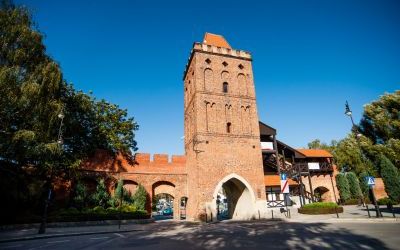 Theview of the tower from the market. There are stairs to the tower’s halls on the right. Further, there is a part of the reconstructed city walls with the battlement anda part of the combat deck. 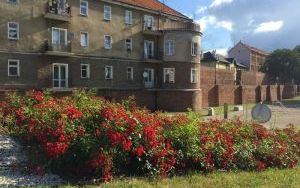 The artillery tower (round tower)erected when the second circle of defensive walls was built. It was partially dismantled at the end of The Thirty Years’ War. In the 19th century changed to the residential apartments. 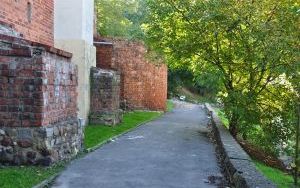 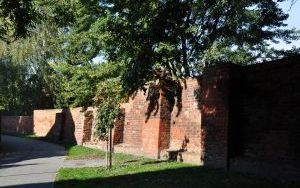 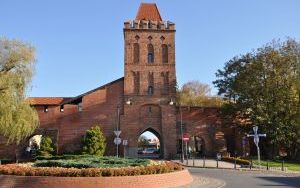 The view of The Tower from city (Rataj). In the past it includedportcullis and foregate. 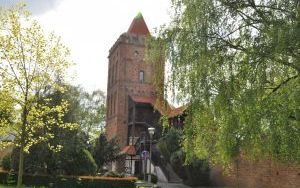 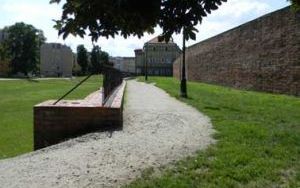 The zwinger. On the left the hoarding wall, on the right the curtain wall 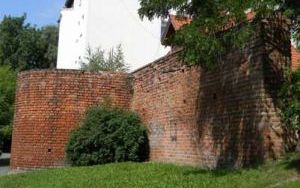 The round towerattached to the curtain wall near the castle. It was also dismantled at the end of The Thirty Years’ War to the shape which prevented it from the further usage. 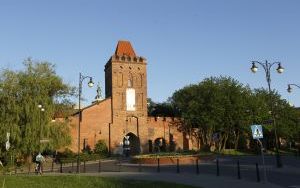 At the end of The Thirty Years’ War on the gen. A. Wittenberg’s order the fortifications were to be demolished and the moats filled. It is unknown to which extend the works have been done.

Till the beginning of the 16th century the tower of The Wroclaw Gate (the former Trzebnica Tower) was probably two-tier. There was a guard’s room with the mechanism to pull up the portcullis above the entrance. The tower was probably equipped with the weaponry of the guild responsible for protecting the gate itself and the walls around it. The foregate was in front of the tower and above the moat. Around 1532the next floors were added. There was a combat deck with battlements at the top floor.

The tower was renewed in 1614, under the command of Charles II Podiebrad. After the end of The Thirty Years’ Warin 1652, Duke Silvius Nimrod renewed the tower again. The next renovation took place in 1888 when the tower has been already on the heritage list. After that, the rooms in the tower were not used as the entrance to them was obstructed.

In the middle of the 18th century, the defensive character of the walls has diminished. From both sides houses and cubbyholes were added. The vegetables gardens were created in the moats. The city gates served as places where people arriving to the city were controlled and where the fees were collected. In the 19th century the walls that limited the city’s development were not demolished because there were houses attached to them. In 1868 three out of four city gates were dismantled as they were disturbing the goods transportation. The Wroclaw’s Gate, which was saved thanks to the decision of Frederick III, the future Emperor, who was visiting Oleśnica in 1866, was the only one that reminded.

In 1945 the houses attached to the tower were consumed by fire, however the tower itself was not destroyed.

Between 1956 and 1959 the tower was renovated, and the helmet was added. After the renovation the space was divided into three functional floors and wooden antiquated stairs, that led to the only remaining entrance, were added. During the major renovation (2001-2002) the previous stairs were removed and replaced with new ones that comply with the safety regulations. Simultaneously the walls were overbuilt, the battlements were re-created together with a short, coveredcombat deck.

Nowadays, the rooms of the tower serve as an exhibition venue. The defensive walls are regularly renovated.